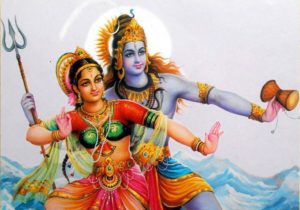 Tantra – Tantra essentially means “system”. The Sanskrit word Tantra comprises of two words, “tanoti” which means “expansion” and “tarayati” which means ‘liberation’ respectively. Therefore, Tantra is the means of expanding the consciousness (mind) and liberating the energy. The subject matter of study in Tantra is mind.  Tantra initiates with knowing the limitations and capacities of body and mind and then it prescribes ways for the expansion of consciousness (mind) and the liberation of energy through which individual limitations are transcended and higher reality is experienced. Tantra is the science of seeing, feeling, knowing the infinite in and through the finite. Tantra aims at expanding the experience of everyday life, of enjoying and living life to the full, as a means to higher awareness. It encompasses all aspects of life, whether in the material world or that which is transcendent. It is in the widest sense a universal system. It has been and still is a way of life for various diverse groups of people throughout the world.

Yoga – The Sanskrit word Yoga is derived from root word “yuj” which means ‘to join’, therefore Yoga literally implies ‘unity’ or ‘oneness’. This unity or joining at transcendental level implies the union of the individual soul with the cosmic soul. On a more practical level, Yoga provides also means of balancing and harmonising the body, mind and emotions. This is possible through observing the disciplines of Yoga before transcendental union may dawn on individuals. 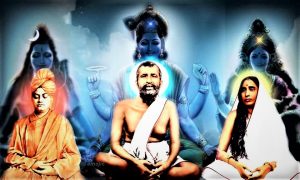 Tantra was a worldwide culture about which nobody knows exactly when and how it evolved.  There sects in Tantra are –

Shaiva Tantra in which Shiva is the master and Parvati is the disciple.

Shakta Tantra in which Shakti is supreme.

Vaishnava Tantra in which Narayana is the chief.

Ganapatya Tantra in which Ganesha is the chief deity.

Saura Tantra in which the sun is the primordial force.

These are the five main classifications of Tantra. According to some study, it is said that there were 14,000 Tantric texts in existence. Now, only a few texts remain for most of the traditional texts have been lost or destroyed. Yoga evolved from Tantra and it is one of the subjects matters in Tantra.

Scope of Tantra – Tantra concerns the whole realms of the physical, psychic, mental and spiritual. It addresses not only the work, play, devotion, thought but also so many other parts of human affairs. A Tantric text called the Varahi Tantra gives an elaborate description of the subjects of Tantra. For more information about Tantra and its wider aspects please inquire about our classes. For more information please refer to our blog. 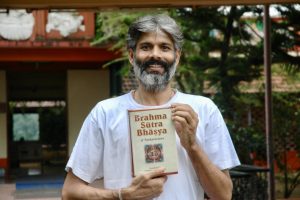 The relevance of Yoga at present – In the present century, a colossal spiritual wave is surging globally, so the relevance of Yoga stands peerless. Apart from providing means for realising spiritual aims, Yoga has succeeded also as a matchless alternative into mending many physical, mental, emotional and psychic maladies such as asthma, diabetes, blood pressure, arthritis, digestive disorders and other ailments which are chronic and constitutional in nature where modern science stands mum. At present, this is one of the most significant achievements of Yoga about which the modern medical scientists opine on the basis of their experiments that “Yoga becomes successful because the practices of Yoga create a balance in the nervous and endocrine systems that in turn influences other systems and organs of body”. Beyond the needs of individuals, when the world now seems to be at a loss, misunderstanding and ignoring past values without being able to establish new ones, Yoga provides concrete means of support and systematise many things that are essential for human evolution. 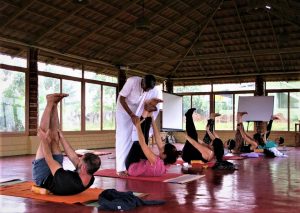 Traditional and Scriptural implication of Yoga – The very term “Yoga” needs a considerable deal of description regarding conceptions and misconceptions yoked with it. With the change of time the approach to Yoga has also undergone sea changes. As a result of this many misconceptions about Yoga also has sprouted. Nevertheless, “Yoga”, as the very root of the wisdom shines into the pages of holy texts and sings celestial songs. At several places in The Gita, the most beautiful and the most concise sense of Yoga is seen. For example, in chapter  2, verse 48 where Lord Krishna speaks to Arjuna. For more information please refer to our blog.

Branches of Yoga – Yoga has several branches of which three are the major one. Regarding those branches of Yoga, the same Lord Krishna reveals the secrets in the Grand Text Srimada Bhagavatam where He talks to Uddhava in canto – 11, chapter – 20, verse – 6,7,8. For more information please refer to our blog. 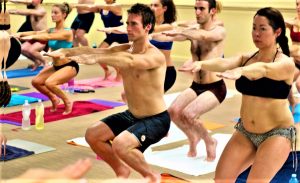 Misconception about Yoga – The misconception that dominates regarding Yoga is, its portrayal and practice as mere exercise. What is done and taught nowadays in the name of Yoga as different movements of the parts of the body, breathing etc. are not Yoga. In fact they are nothing of Yoga. At best they might resemble to a few disciplines of Yoga falling under the purview of Hatha Yoga. That too, unlike what is taught these days, are systematic and profound which needs no illogical, imaginative alterations and modifications. Hatha Yoga (the most commonly practiced these days), Raja Yoga, Kundalini Yoga, Nada Yoga, Swara Yoga, Kriya Yoga, etc. are several sub-branches of Yoga which deal with different aspect of human phenomenon and there are many available authoritative texts that explain them in detail. They are supposed to be applied to an individual as per his/her needs and limitations. Each individual need to find the most suited to his/her personality, need and requirements. Please see

Modern trends of Yoga – The social scenery at present age goes around the business and profit. Anything that evolves and connects to the mass brings rise to business around and about. So is the case with Yoga. But in the end what is essential need will survive. Over the last 50 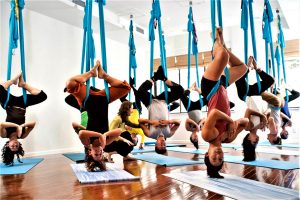 years Yoga has undergone overwhelming modifications by several so called Yoga teachers who in their vain glory, popularity, business concern and appeasement to students as mere customers undermining their well-being have compromised a lot with the ethics and principles of Yoga. Unfortunately, they highlighted themselves and their confusions as clarity in place of wisdom and knowledge. These have in turn given birth to many so called trends of Yoga which never existed before. Of these trends some are more into fashion such as Hot Yoga, Iyenger Yoga, Astanga Yoga, Anusara Yoga, Yin Yoga, Paddle board Yoga, Aerial Yoga, Acro Yoga, Goat Yoga, Naked Yoga and eventually a very new one Gun Yoga etc. When we look into any of these trends of  Yoga what is commonly seen is too much stress on very superficial and hap-hazardous physical movements with bizarre interpretations aiming to connect these to Yoga practices. We don’t challenge any trend as nothing and we do respect anything that brings even momentary ease to an individual in anyway but we need to look beyond and sometimes other sides of the thing. We do not relate in anyway to any of the above-detailed trends. This we clarify and declare in humility and respect to all those who approach us. Which is why we want to fetch the attention of genuine seekers of Yoga who want to explore more and deeper with sincerity. 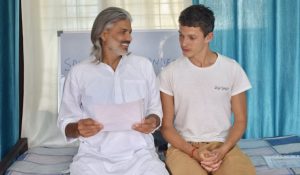 Growing application of Yoga – The discipline of Yoga in respect of its effect and application goes further beyond individual necessities. Yoga in the past as well as in the present, has been serving the humanity in the same say. However at present, due to the growing needs of sufficient tools, several other schools of thought regarding the application of Yoga have developed such as Yoga Ecology, Yoga Philosophy, Yoga Psychology and Applied Yogic science etc. Yoga because of its immensity is able to fulfil all human needs and aspirations. This has been proven to be true in the lives of many people who approached Yoga for various reasons. We accept and respect all of these approaches and intends to share our opinions to further strengthen them.

Recommended Books on Yoga and Spirituality

Recommended Treatise on Yoga – These days, many authors and publications have come up with many books on and about Yoga but we do say, not all of them are authentic and reliable. For the sake of resolving this confusion we categorise these texts into 2 different heads:

1. Texts regarding applied Yogic science  – For this we recommend texts from the grand Bihar School of Yoga and the texts authored by Swami Sivanada Saraswati of Rishikesh.

2. Texts on Spirituality and commentaries on ancient spiritual scriptures – For this we recommend texts from the grand Ramakrishna Mission. 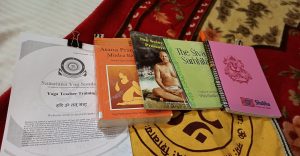 These above organisations are the most reliable. Not even an iota of suspicion lies about their authenticity. We do emphasise here, that we do not belong to any cult, sect, faith and trend. While recommending these above we are only highlighting what is real and essential. We hope readers can receive needed help from the authentic texts on Yoga.

Apart from the above, there are many other established schools of Yoga who also have their own standards of opinions. Readers are free to explore and get help from them.