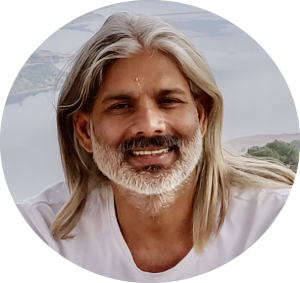 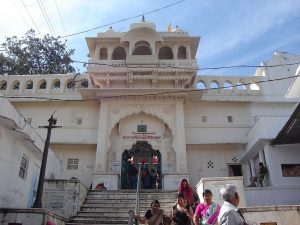 Pushkar is a city in the Ajmer district in the Indian state of Rajasthan. It is situated about 10 km (6.2 mi) northwest of Ajmer and about 150 kilometers (93 mi) southwest of Jaipur. It is a pilgrimage site for Hindus and Sikhs. Pushkar has many temples. The most famous among Pushkar temples is the Brahma Temple. It is considered a sacred city by the Hindus particularly in Shaktism. Pushkar is located on the shore of Pushkar Lake, which has many ghats where pilgrims bathe. Pushkar is famous for its annual fair (Pushkar Camel Fair) featuring a trading fete of cattle, horses and camels. It is held over seven days in autumn marking Kartika Purnima according to the Hindu calendar (Kartik month, October or November).

Pushkar Holi – Holi takes place in March and it is one of the most important festivals in the Hindu calendar. It represents the triumph of good over evil and the coming of springtime. Holi celebrations happen all over India and involve huge jubilant street parties. 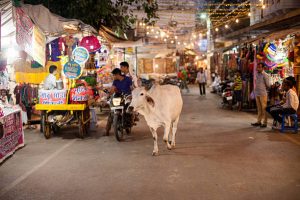 Major Attractions – The major attractions that can be explored during a visit to this city include Pushkar Lake, Brahma Temple, Varaha Temple, Savitri Temple, Pushkar Camel Fair, etc.

Shopping – Small shops for general purchase such as shorts, T-shirts, Indian traditional dresses for men and women, traditional paintings, statues, images of Gods and Goddesses, restaurants and food corners etc. are very close at walking distance. For bigger purchases like branded boots, dress, utensils etc. the main city market in Ajmer is recommended which is little farther around 10 Kilometres.
Venue

Beautiful nature, traditional as well as modern houses and buildings around. In general, very friendly and calm environment. Perfect for Yoga Practitioners.

Yoga and Spiritual practicioners are frequently joining and enjoying our venue to attend regular and drop in classes.

Beautiful nature, traditional as well as modern houses and buildings around. In general, very friendly and calm environment. Perfect for Yoga Practitioners.

By Rail – Ajmer junction is the closest railway station from where Pushkar can be reached easily by rental cars and autos. Located at a distance of 11kms, Ajmer station is connected to various parts of Rajasthan and India. Regular trains ply from the station and hence can be boarded accordingly. The distance from Pushkar bus stand to our Yoga School at Hotel Roopam Palace is very near only about small walking distance.

By Road – Pushkar is well connected to several parts of the country by road. Buses, cars, cabs can be used to reach Pushkar from the National Highway that links the city to rest of the nation and vice versa. The distance from Pushkar bus stand to our Yoga School at Hotel Roopam Palace is very near only about small walking distance.

Attention – We are happy to offer cab services on payment from Delhi airport, Jaipur airport, Ajmer railway station or from other nearby places to reach to our Yoga School.

“Got feedback? We’d love to hear it! You can leave us a review.”
© 2020. Yoga Sandesh. All Rights Reserved.
Skype Facebook-f Instagram Youtube