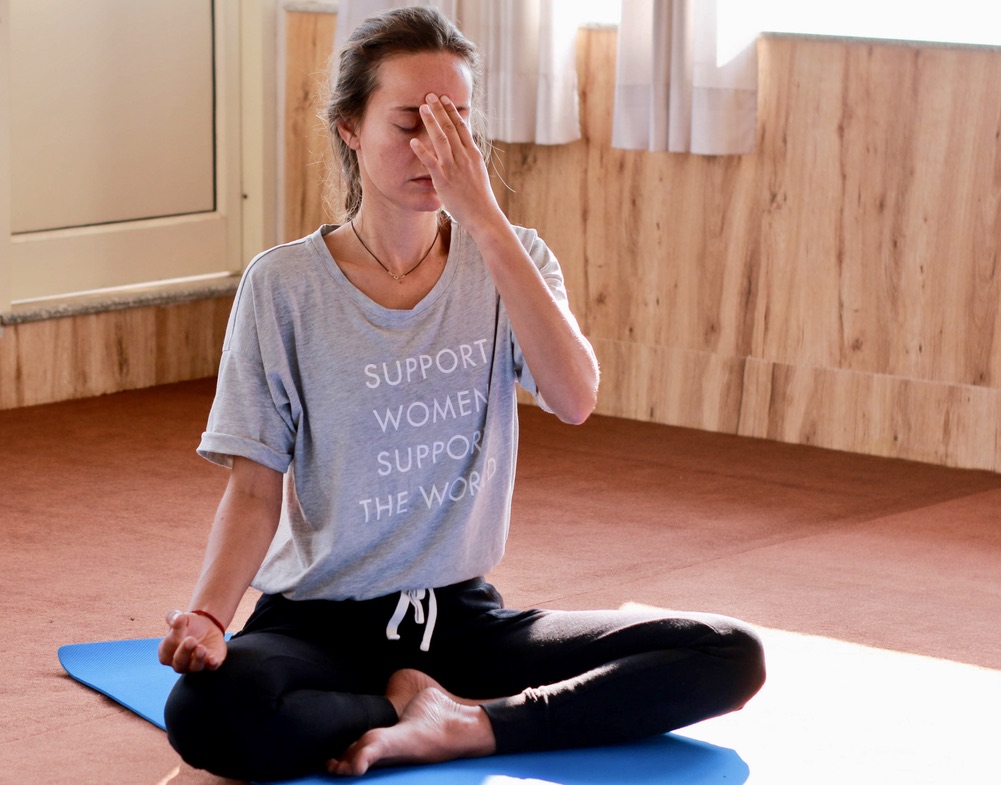 Pranayama is a very important aspect of Yoga practices. It is mostly discussed in Hatha Yoga, Raja Yoga, Kriya Yoga and Kundalini Yoga. Some of the Pranayama like “Nadi Shodhana” is also discussed in other kinds of Yoga like Bhakti Yoga. Pranayama is a greatly misunderstood term. People call this as ‘breathing exercise’. No wonder the practices in Pranayama do improve the introduction of oxygen into the physical body and the removal of carbon dioxide which in itself brings about wonderful physiological benefits. But pranayama is not simply an exercise of the breath.

Meaning of pranayama – Pranayama is a combination of two Sanskrit words ‘Prana’ and ‘Ayama’. Prana measn vital life force and Ayama means stretching, extending, restraining, expansion (of dimensions in time and space). Thus, pranayama means extension and restraining of life force. Pranayama uses the breathing methods as a means to manipulate all forms of prana within the human framework, whether gross or subtle, but it is chiefly concerned with influencing the subtle forms of prana. Pranayama provides the method whereby one is able to attain higher states of vibratory energy.

There are many other kinds of Pranayama which have been explained in other books such as Kapalabhati, Kevali and Plavini etc. All these Pranayama are very important and they should be practised only under guidance of a very expert teacher because wrong practice may damage lungs and vital organs.

Purposes of pranayama – Pranayama is a system of reintegration, rebalancing and re-harmonizing of body and mind. It purifies and strengthens the physical and subtle body thereby eliminates physical and mental tensions and weaknesses. The practice of pranayama recharges the energy in the physical body which is then conducted by Ida and Pingala Nadis in the form of electrical impulses to all parts of the body, including the brain. Scientists have observed that when pranayama is practised then both hemispheres of brain are active and there are great changes in the brain’s electrical impulses. Therefore, Pranayama has many significances.  Some of them are the followings –

It is said that thought influences prana and prana influences thought. According to the Yogic texts, the purpose of pranayama is to handle the mind. The scriptures on Yoga make it clear that mind and prana are interacting. When the mind is restless it affects the prana; when the mind is peaceful there is automatic equipoise in the prana. The reverse is also true. In Patanjali’s Yoga Sutras (2:53) it is said –

Dharanasu cha yogyata manasah – And fitness of the mind for concentration (develops through pranayama).

Therefore, if pranayama is correctly followed, one can attain the highest steps in Yoga.

Scientific study about the effects of conscious breathing on the brain – The brain consists of the frontal brain and the posterior brain. The posterior brain is the instinctive or primitive brain and the frontal brain is the seat of total consciousness. When one breathes without awareness, the breath is registered in the posterior brain. This is called involuntary breathing. When one is aware of breathing and consciously witnesses the whole process, it is called voluntary breathing and it is registered by the conscious brain, the frontal brain. This difference seems to be simple, but its effect is great. Throughout life, most people breathe unconsciously, just like animals and children. A few people who have started practising Yoga are the exception. The moment one becomes aware of the breathing and begins to conduct and control the breath in a particular fashion, the frontal brain immediately registers the influence. This fact has been revealed by scientific experiments and has led to the conclusion that conscious breathing has an entirely different effect on the brain from unconscious breathing. Through unconscious breathing the whole body is supplied with prana, but this supply is insufficient for its evolution and growth. This means that pranayama is not only a breathing exercise or breath control, it is a system for training the different centres in the brain. An example of voluntary breathing is alternate nostril breathing. Scientific studies have observed that when one breathes in the left nostril, activity increases in the right hemisphere of the brain, and when one breathes in the right nostril, activity increases in the left hemisphere of the brain. When the breath is held, both hemispheres of the brain are equalized. It has also been observed that the breath which goes through the left nostril has a slightly lower temperature than the breath which goes through the right. This concurs with the Yogic understanding that the left nostril is related to Ida Nadi, the flow of mental energy, while the right nostril is related to Pingala Nadi, the flow of vital energy. Ida is the lunar force, which is cool, while Pingala is the solar force, which is hot. In scientific experiments related to stress, ECG (electro-cardiograph) and EEG (electroencephalograph) are used to record heart rhythm and brainwaves, and GSR (galvanic skin response) to measure electrical activity of the skin. It has been found that the practice of Pranayama results in a synchronous flow of alpha, delta or theta waves, which harmonizes the activity of the brain. The tensions recorded during periods of beta activity reduce when alpha, theta or delta waves replace the beta activity. When the alpha waves manifest in the brain, tensions in the body are lowered and the heart becomes free from stress-related pressure. This is how through various techniques of Pranayama brain undergoes various changes. This shows the impact of Pranayama as a very effective tool to enhance the human potential.