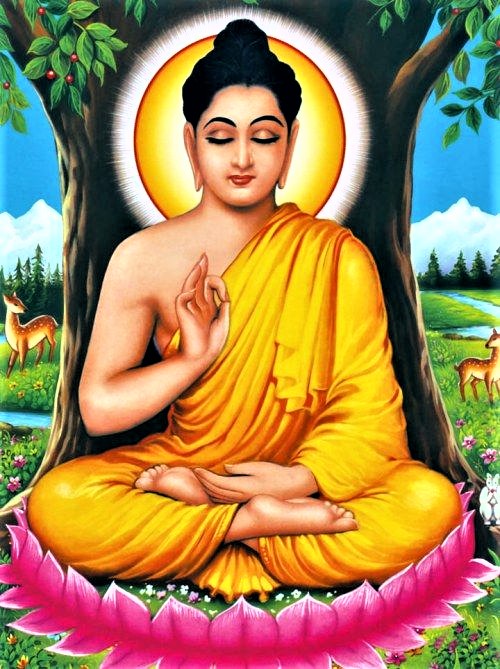 In the books of Yoga, Karma has been discussed broadly. The Sanskrit word “Karma” signifies action. Karma means any physical or mental action. Karma includes the sum total of our acts, both in the past as well as in the present births. In broader perspective Karma means also the consequence of an action (Karmaphala). Karma is beginningless and its origin is untraceable.  Karma (action) and Karmaphala (the consequence of an action) go hand in hand. Therefore, both Karma and Karmaphala are interconnected and they are usually discussed together.

How Karma begins – Behind any action, there are desires and thoughts. A desire for an object arises in mind, then we begin to think of obtaining it and finally we act to obtain it. This way desire, thought and action always go together in this process. They are intertwined in the happening of any Karma. Actually, it is desire that produces Karma. We work to acquire the objects of our desires. Each Karma produces its fruits as pain or pleasure. This is the cycle that every individual is going through birth after birth.

Three levels of Karma – A human existence is threefold in nature. Any action by anyone has three levels. They are –

Three ways of performing Karma – We perform act every moment in our lives. All those Karmas are performed in three different ways. They are –

Three states of Karma – Actions performed belong to different states. They are –

Three qualities of Karma – Based on the three Gunas of Prakriti (Sattva, Rajas and Tamas), Karma has three kinds of qualities. They are –

Three impressions of Karma – All the Karmas that we perform are stored as impressions in the mind. These impressions gradually begin to become mature in order to bring the fruits of the performed actions at the appropriate time and environment. This is a natural process and no one is immune to this natural phenomenon. Even the incarnations of God in human form maintain this natural injunction to educate people. These impressions are of three kinds. They are –

Vedantic Analogy to represent the three impressions of Karmas – In Vedantic literature, there is a beautiful analogy to describe the three impressions of Karmas. The analogy is of an archer, bow, arrows and quiver. The bundle of arrows in the quiver is the Sanchita. The archer has already sent an arrow which he can’t bring back is the Prarabdha. Now he is about to shoot another arrow is Kriyamana. Of these, the archer has control over the Sanchita and Kriyamana but he must work out the Prarabdha.

Karma and Samskaras – Here the word “Karma” mean the result of an action. Whatever acts we perform and whatever thoughts we may have, create impressions, both in our minds and in the universe. The universe law gives back to us that we have given. Quite similar Jesus Christ said – “As ye sow, so shall ye reap”. Any performed action leaves an imprint which is a kind of subtle groove upon the mind. The imprints or grooves are called Samskaras. If our actions and thoughts are repeated then these samskaras become deeper. Different samskaras formed by different actions build our characters which influence our following thoughts and actions. If our actions and thoughts are those of virtues then our characters reflect it.

Karma and Reincarnation – The doctrine of reincarnation is accepted by the majority of mankind in the Eastern nations. Death belongs to only physical body. The mind carries the impressions of our actions which continues even if the body dies. An individual is reborn with the Samskaras (impressions) from previous lives which reasserts when the environment in the new life becomes conducive. The suckling of a child and swimming ability of a duckling are proofs of memory and Samskaras left by the same acts in previous incarnations. We will have to take birth after birth to reap the fruits of our Karmas. This process doesn’t go on eternally. When we attain God-realization, then only the law of Karma is transcended. Bhagavad Gita describes the theory of reincarnation very beautifully through the two important verses in Chapter 8, Verse 5, 6. Arjuna asks God Krishna as to what happens to those who die without completing their spiritual practices. Then God Krishna replies to Arjuna the following consoling and hopeful words –

Translation – Those who leave the body while remembering Me (God Krishna) at the moment of death come to Me. There is certainly no doubt about this.

Translation – Whatever one remembers at the time of death, O son of Kunti (Arjuna), he attains that state, he has always been absorbed in such contemplation.

Proofs of reincarnation and knowledge of previous lives – Our differences and different situations of our lives are proofs of past events in the past lives as every effect has a cause behind. Only a Yogi through the techniques of perceiving the impressions called Samyama (Dharana, Dhyana and Samadhi at one time) can remember the past lives. In Yoga Sutra (3.18) Sage Patanjali says – Samskarat Sakshat Karanat Purvajati Jnaanam which means by perceiving the impressions, comes the knowledge of past life. All experiences that we have in various births remain as impressions in the Chitta (store house of accumulated experiences) in a very subtle form. These impressions assume the forms of waves and we get memory of past experiences. Therefore, if a Yogi makes Samyama on the past experiences in the Chitta, he remembers all the details of all his previous lives. All Yogis declared their past lives. Buddha also described His 100 past incarnations (In Jataka Katha). Swami Vivekananda also spoke to His close friends and disciples about His past lives.

Law of Karma – The law of Karma means the law of causation. If there is a cause, then there will be an effect. The cause is in the effect and the effect is in the cause. The law of causation maintains the harmony and order of the universe. All actions such as shine of sun, burning of fire, blow of wind, thinking of mind, functions of organs like heart and lungs work according to the law of cause and effect. A seed has its cause in a tree and the seed itself become the cause of a tree. A man procreates a child and the child procreates another child. This way the cause can be found in the effect and the effect is found in the cause. The effect and the cause are similar. This universal chain of cause and effect has no end. This law is inexorable and immutable. All events such as war, earthquake, flood, epidemics, diseases of the body and mind, fortune, misfortune, good and bad happenings have definite causes behind them. In fact, there is no such thing as chance or accident. If our finite mind is not unable to find out the cause behind an incident, it does not mean that there is no cause behind such happenings. The law of cause and effect is mysterious beyond human comprehension. That’s why Lord Krishna says in the Bhagavad Gita (4.17), “Gahana karmano gatih” which means mysterious is the path of action. The law of Karma includes various other laws such as –

The laws of Karma, action and reaction, compensation and retribution operate together. They are universal and no one is immune of them. Only a Yogi transcends the Karma by attaining God-realization.

Rewards (Karmaphala) of Karma – Each Karma takes its own time to become mature to bring result. There is no way that we can decide which Karma will bring reward when. We eat and feel the taste instantly but quenching of hunger, nourishment, vitality and growth of body and mind from the same food take much longer time. Likewise in our lifetime we perform various kinds of Karma at conscious, subconscious and unconscious level. Each action will take its own course of time and bring its own reward. At the same time, we have impressions of countless past lives. Altogether it’s a very complex phenomenon to know exactly which Karma is bringing the reward in which way. But each Karma will have its own reward. Depending upon which kind of body and environment we have, Karma will reflect. For example – someone makes three kind Karma and has three kinds of effect (good, bad and mixed). He dies and becomes a God in heaven. In a God’s body neither there is desire to eat nor to drink. Therefore, the effect of the past unworked Karma which may cause desire to eat and drink will not reflect in a God’s body. In a God’s body such Karma with desire to eat and drink will be latent as relevant desires manifest in a proper body and environments only. In a God’s body, only those desires will manifest for which the environment is fit. The rest will remain stored up. Likewise in a human body although we may have many human desires, animal desires, godly desires and so on but only that desire will come up for which the environment is suited (Yoga Sutra 4.7).  This shows that the power of environment is so great to check and balance Karma.

Bhagya (Destiny) – Bhagya (Destiny) is Prarabdha Karma which everyone has to work out by undergoing it. This is the nature’s control on individual and cosmic life. Destiny is our own making. We can transform it by changing our mode of thinking, contemplating noble thoughts and doing virtuous actions. Thoughts mould our character. Thought becomes an action. We can deliberately shape our character by cultivating sublime thoughts. Thought, action, habit, character and destiny are sequential. Therefore, we should watch our thought, word and action.

Exhaustion of Karmas – Even if the law of Karma is inexorable, there is scope to transcend it. The process to exhaust the Karma is the path of Yoga. Karma, Jnana, Bhakti and Raja Yoga are the eternal paths. Through divine grace of God and Guru all Karmas; even Prarabdha can be obliterated. Grace comes through repentance, austerity, prayer, virtuous actions, devotion and love for almighty. It is us who have created the Karma and it is us who can also transcend this. A Yogi through constant effort burns the seeds of all his Karmas. He involves himself also in selfless actions which brings no Karmic impressions. This way he transcends this cycle of Karma. There are examples of many people in the history of humanity who transgressed even the Prarabdha Karma.

Conclusion – Karma is an integral part of our existence and it is a universal concept. It applies to all beings. It is only the doctrine of Karma which can show light on the individual as well as universal problems of the world. Law of Karma shows us the way to peace and strength. It guides us that the problems are our own making which is result of our own bad actions. It pushes one towards right thinking, speech and action. If we understand the law of Karma in its right spirit then we would discharge our duties rightfully with peace and harmony and world refrain from unrighteous acts. This would change the present shape of the world. 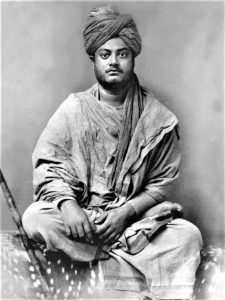 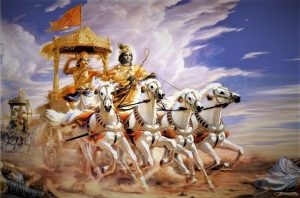 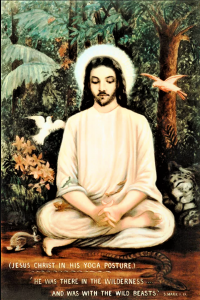 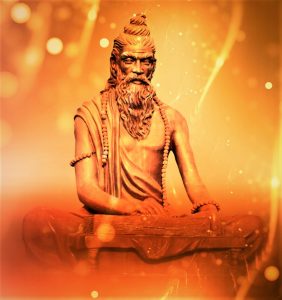 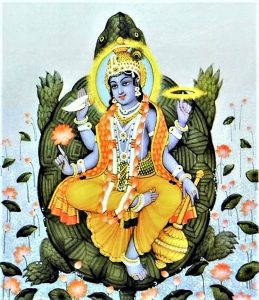