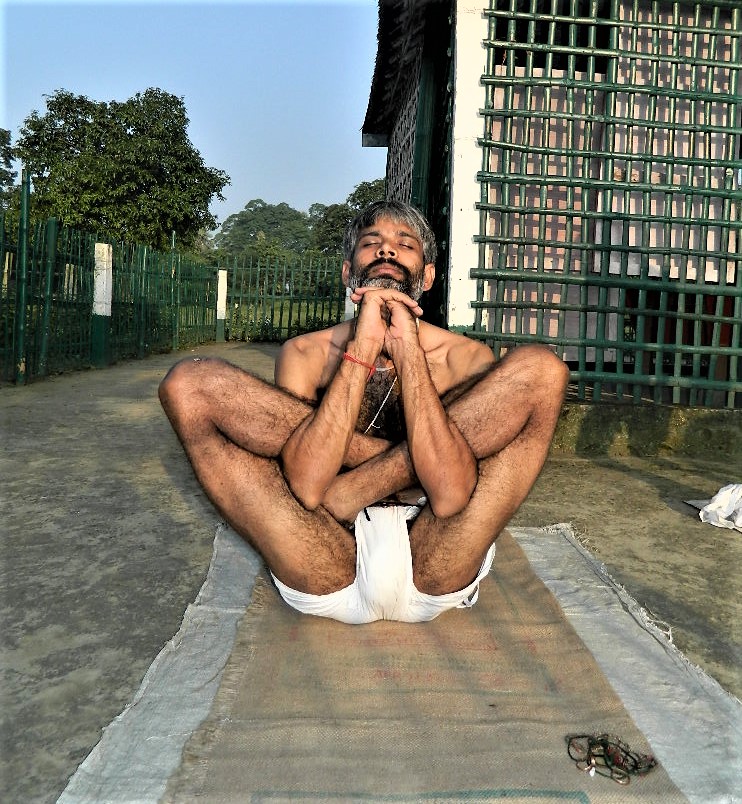 The term “Asana” simply means any state of body. One of the ancient Yoga texts Hatha Yoga Pradipika says, “being the first accessory of Hatha Yoga, asana is described first. It should be practiced for gaining steady posture, health and lightness of body”. In the famous Yoga treatise “Yoga Stura” by Sage Patanjali, asana is described as ‘that position of body which is comfortable and steady”. Likewise, there are many more opinions about asana.

1. Asana as any state of body

2. Asana as state of body to gain physical benefits

3. Asana as state of body which helps into introspection

1. Asana as any state of body – In our daily life, we assume various postures for our various needs. This depends upon what kind of activity we do. These postures are standing, sitting, lying, twisting and so on. These various movements affect our anatomy and physiology. For example, if we stand for sometime the body behaves differently. Some other kinds of experiences come to us when we sit or lie on bed and floor. When we carefully observe our different states of body, we can easily notice these changes. Whether we practice Yoga or not, but our daily life is mixed up with the various changes of postures and because of these changes our body and mind undergo muscular, chemical, nervous, mental and emotional changes. One simple test to know how asana affects us is –

Just open your arms to your sides and let the ribcage expand.

Now bring the arms closer to each other and let the ribcage contract or shrink.

In the similar way we can notice by being aware of the various natural states of body which we assume throughout the day and night.

2. Asana as state of body to gain physical benefits – The Yogis of the past, found the fact about various postures that we assume. They also noticed the postures of animals and states of other things around in the household and nature. From this observation they brought out the idea of systematic asanas which open the energy channels and psychic centres within. These asanas became tools to attain higher awareness, enabling the exploration of body, breath, mind and subtle states. The practice of asana developed good physical health by stretching, massaging and stimulating the pranic channels and internal organs. The modern scientific research has proved also that asanas prevent disease, promote health and have curative abilities, therefore asanas are used to manage psycho-somatic stresses and diseases. These asanas mostly belong to Hatha Yoga. There were so many kinds of asana in the ancient texts but now a days we have only a few asanas which are sufficient for our health, well-being and purposes like that. There are some Sanskrit names of asanas such as –

3. Asana as state of body which helps into introspection – There are some kinds of asanas which have ability to co-ordinate psychic centres, energy channels, physical and mental equilibrium apart from the health benefits. They form the group of asanas which help experience meditation. These asanas prepare one to enter into Raja Yoga. If these asanas are practised then we develop the ability to sit comfortably in one position for an extended period of time which is necessary for meditation. Asanas in general work on both body and mind and some particular asanas have deeper influences on body and mind. Body and mind are not separate entities although there is a tendency to think and act as though they are separate. The gross form of the mind is the body and the subtle form of the body is the mind. Practising these asanas integrates and harmonises the two. That’s why these asanas become more important at later development in Yogic discipline. In the Yoga Sutra pf Patanjali the term Asana actually means those asanas helpful in meditation unlike how we interpret the sutra connected to all kind of asanas. The meaning may in many ways connect to all kinds of asanas but the stillness and pleasant state of body for a longer period of time is possible only in these meditative asanas. There are some Sanskrit names of those asanas such as –

Some Books and persons on Hatha Yoga Asana – Goraksha Sataka and Hatha Yoga Pradipika identify 84 asanas. Hatha Ratnavali provides a different list of 84 asanas, describing some of them. In the 20th century Yogendra, Kuvalayananda, and Krishnamacharya taught a new system of asanas (incorporating systems of exercise as well as traditional Hatha Yoga). Among Krishnamacharya’s students were Indian Yoga teachers Pattabhi Jois, and B.K.S. Iyengar. Together they popularized asanas more as exercises among westerners which deeply affected the spirit of asana and brought it down to the level of mere exercises. Later many more exercises were added by many Yoga teachers and taught as asanas which has made the pure discipline of asanas almost extinct.

Conclusion – Asanas form a very important part of Yoga practices. They are only a few. They need to be done according to the needs of an individual, in a proper sequence and appropriately. In case of special needs or physical limitation, the asana can be modified which is called variations of asanas. But any kind of physical movement, practice or exercise is not asana like now a day we see so many kinds of asana being taught by Yoga teachers in flow at strange pace. Therefore, as a student of Yoga, we need to know the scheme of Yoga asana practices and how they should be implemented in our daily practices.